I remember it like it was yesterday. My bank account notified me that my balance was at $0.15 the same day that I had gotten an email about my largest client pulling my biggest project. In an instant, the  majority of my income went down the drain. Good times.

Now had I let that stop me and make me quit working on things I loved, I never would have learned a few extremely valuable lessons.

I’m not gonna lie, that winter was ruff. It was right around the holidays, and I was visiting friends and family at the time. But I got through it, and I kept working on my projects. And the things I learned that winter will be with me for the rest of my life. And lucky me, I get to share them now with you. Here are the 3 things I learned about why being broke is surprisingly awesome for making games. 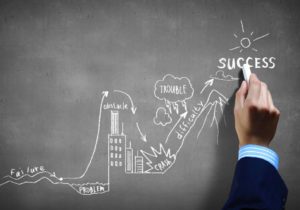 We see a problem a lot with blockbuster movies and AAA games. Some visionary dude wants to make the biggest, most epic thing on the planet, and he only needs $200 million to do it. They blow through their deadlines over budget, and when the thing finally gets released, all you see is a fraction of the actual vision because so many things were cut and pasted together to try and make a coherent experience. We end up with things like plot holes in movies, or horrible PC ports for games.

Resources are external. Resourcefulness is internal.

That means that no matter what you have, resourcefulness is always with you – and it gives you the ability to get a lot out of a little. It’s a skill worth honing.

#2 – Being broke means you have to do/learn it all. 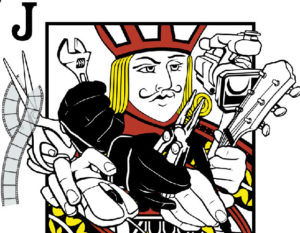 I remember so many times when I was doing freelance programming or game development, someone would inevitably come along and ask the impossible. And they didn’t do it to be a dick, they just didn’t understand the intricacies of how software or actual game design worked. And when I would explain why that specific thing wouldn’t work, or the changes we’d have to make in order to create a feasible plan of action, they didn’t quite get it.

Freelance is one thing, but teams are even worse. Have you ever been on a team where that one member consistently asks for ridiculous shit? And I don’t even mean in actual complexity…I also mean mechanics, design theory, color theory, whatever.

When a person of one skill set works with a person of another skill set, and those people don’t understand a series of details about the other’s line of work, bad things happen.

Learning it all means you can communicate with the different professions effectively in the future. It also makes you better at spending money when you actually have it because you know the effort required for each job.

The benefits of being this “Jack of all trades” is so prevalent that places like Life Hacker write entire articles dedicated to just this subject. Having a lot of knowledge in a lot of areas is a significant advantage over your peers, especially in leadership roles. 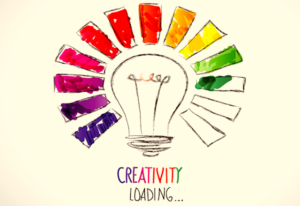 There’s a reason indie games tend to be significantly more creative than AAA games of the same genre.

Think about it. If you could will any game, with any rules/mechanics into existence instantly, do you honestly believe it would be a great game? If you do, you’re kidding yourself.

Games are very complex creatures – and the things we can do with them extend to infinity and beyond (not a toy story reference, I swear). But it turns out that for this very reason, the more you can do in design, the harder games are to design.

I know I know, it sounds like some woo woo self help stuff, but hear me out.

Why is it that when science fiction writers create aliens, the vast majority of them are bipedal, symmetrical beings? In this infinite universe, do we really thing that creatures from another world would look even remotely like us? Why is it that the vast majority of alien worlds in film are either full of lush green vegetation or barren and brown desert lands similar to the planets we’ve already seen or experienced before? 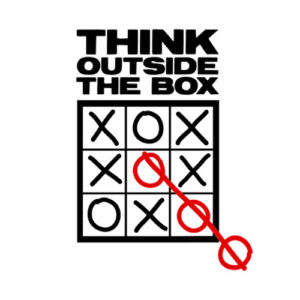 The thing about creativity is that it is heavily reliant on variables. And the thing about variables is that the more of them there are, the higher the complexity (see? I’m a smart programmer!). In fact, adding additional variables can have an almost exponential effect on complexity when you are trying to create things in your mind.

In her fantastic book, Creativity from Restraints: The Psychology of Breakthrough, author Patricia Spokes makes it clear that not only do limitations play a crucial role in creativity, but goes as far as to imply that creativity itself is a side effect of problem solving with limitations. And modern science seems to back her up.

It turns out that there is a flaw in human cognition that makes humans be less creative, because we tend to imagine our future based on events in the past. We essentially run a simulation in our heads based on things we’ve experienced to guess how things will be in the future. And that’s great and all for living life…we assume next week we will have the same friends, the same job, the same problems…But for thinking up stories and characters, or inventing new game mechanics, or trying to be creative in aspects outside of your life, it sucks.

If you’re trying to make the next great indie game – the one with a super catchy title and a really unique mechanic – you wont get there without limitations (I know, those are actually limitations…see what I’m getting at?). And when you’re broke, you’re forced to work within the confines of the resources you have, which is fantastic for creativity.

What about you? What advantages do you think you’ve gained from a lack of resources? Let me know in the comments!