A Programmer\'s Attempt at Art (Part 1) 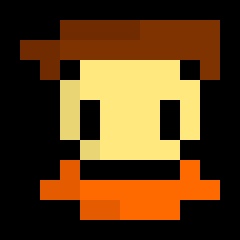 I realized that all of the games I have made up to this point have been really lacking in the art department. So I took it upon myself
to become a better artist. I can draw in a sketchpad really well, but for some reason my art skills do not migrate onto the computer. My
well executed game idea's usually have a green cube as the player, and grid-squares as my tiles. I found a program called paint.net a few years ago,
and decided that I am going to teach myself pixel art, and graphic design in this program. Here are the results of my first run-through:

I found a tutorial on how to make a starry space background for a video game (http://www.twicecircled.com/tc/how-to-make-a-starfield-for-a-game-in-paint-net/). It was really easy! It took me five minutes, and actually turned out nice! Next I made a planet:

I found another tutorial on the Paint.net forums (http://forums.getpaint.net/index.php?/topic/24252-advancedish-planet-v2/) and made the planet texture,
shaded the planet, and made a glowing ring around it. It was fun, and actually looks really nice.

After that I made a galaxy(http://forums.getpaint.net/index.php?/topic/20968-making-a-galaxy/). This was easier than the planet, but still looks cool:

Lastly, I did the exploding planet tutorial(http://forums.getpaint.net/index.php?/topic/12187-exploding-planets/), but instead of calling it a day once I finished, I decided to make a background and some clouds for it myself. The final result is here:

Well, I learned a lot and had a good time. I have four really nice wallpaper for my computer and a little experience. Next time,
I will try some pixel sprites. Stay tuned! 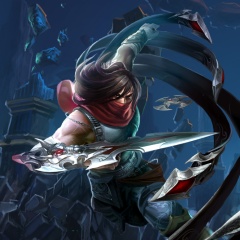 Ooh nice guides here. I should brush up on using effects like this, especially since I make space themed games XD

is all of this made with paint or photoshop

All of it was made in Pant.net