As you all know I am a game design student and I was wondering to those who have their degrees did it help make you be a better designer in the long run? Also in general do guys believe having a degree requirement in the field makes game design look more respectable to where it could be taught in the middle and high schools like art and film? 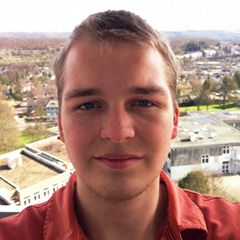 If you plan working in a small team, then I think the degree is not the most important thing you should have. Independent developers want creativity, EA wants money. Easy as can be. :)

Again, if you plan opening your own company, a degree in Game Design would be a plus for your company, as you will learn (or already learned) about how to take on the ruling part in the developing team.

Ill be honest. When I went to school for game and simulation programming, not only did google do a better job of teaching me the required skill, but the degree was also useless to me as I took my own path and decided I wasnt going to work for a company. I ended up starting a marketing company but thats a different story for a different day.

I think Jan hit the nail on the head. If you plan on working for a company, a degree helps. Otherwise its just about teaching you the required skills. And if you just want to learn the skills, Google can be a lesson thats a hell of a lot cheaper.

I started my degree in game design only to find out in the first semester that it's just paper. I was even told that all the skills I would need to learn would come from interaction in the forums within the schools game design club which was not a requirement to join. While there I realized that I was already getting this experience by frequenting other game design forums for the engines I was using. I was also told that the degree was mainly for getting a job with big companies and to expect an average of a 4 year career. A 3 year degree for a four year career? i was basically paying thousands of dollars to be taught what I already knew or was learning for free. I don't discount that the experience is good, especially if you know nothing about the field you wish to be in, but as Tim said, "google do a better job of teaching me the required skill". In the end I was told that what many are looking for is that you have one or two games (good or bad) created under your belt, and that you worked with a team to achieve the games completion. this was all supposed to be accomplished within the game creation club, not the classes. I did drop out of school but only due to time management problems since I was running my own business and juggling school as well as a family. I did find that I really liked being in the indie niche and that the indie niche was a growing market. Please don't take what I'm saying as a downer on game creation degrees; it just wasn't for me. In fact i do suggest seeking further education in whatever classes would actually help you in your desired field instead of getting a tiny taste of a broad spectrum of jobs in the game creation industry. For instance, I found a love for environmental 3d art, so I studied architecture in order to be more accurate. I just couldn't see learning higher maths used for programming when I never intend to touch a line of code.

I think one of the issues with getting degrees in game development is simply trying to avoid schools that are set up to scam you. Since it's a growing field in the educational systems across the world, there's a lot of programs that pop up in schools because they want to offer what's selling, unfortunately even if they don't have a clue what they're doing.

I was lucky, the school I went to was still really figuring it out too, but what they did offer me was a chance to work with other people and learn everything the hard way with them, while having the pressures of deadlines and such. Of course, my experience getting my degree could have been a lot more fruitful - and I'll agree that most of the technical knowledge I gained was through Google - but the raw game design knowledge and theoretics of game development hit me pretty hard while I was there.

So to answer the original question, yes, I feel getting my degree helped me become a better designer. Could I have learned it all without going to school? Sure, but it would have taken a lot longer. That and I wouldn't have made connections and built my team (Affinity Archives) unless I had gone. At the end of the day was it about having the degree? Not even a little, (I never really "tried" to get a jobs, I always wanted to start my own studio) but it was worth it in the long run I feel, despite the student loans that weigh me down.

Youve got a good point there^

While the information on HOW to do things is all on Google, that doesnt neccisarily mean youre going to google it. School work and assignments can force you to learn the boring stuff, which is a fundamental part of game design.

I think a lot of schools *ARE* still learning how to teach this stuff, because its so new...and I felt like I was more qualified than some of my teachers when I was in school...but it did force me to learn stuff. It did make me understand gravity equations and vectors. It did make me learn something even if I thought I didnt need it or it wasnt relevant.

I think I spelled it all out in the Manifesto. I feel like school these days may try to teach you the programming skills required to make a game, but they seem to be lacking the soul that an indie game has.

Ill stick with indies any day

I think it's awsome that there are so many experiences-good, bad or neutral, in the game creation degree area. I hope they can improve it and streamline it for field specifics. I may go back to school when the degree would amount to a shorter time and divided into fields like Videogame 3d art, or Videogame Coding or Artificial Intellegence Coder. Right now what most schools offer is a BA in Videogame art and design; at least that is what my school offered. It just seemed like a medical school that only qualified general practioners. A general practitioner is great if say I hurt my foot, but I still want to see a pediatrist. I do plan on going back to school i just hope they get the kinks out by then and not look at it as a collage money grab like some of those horrible adverts I see-"I think we need to tighten up the graphics on level 3." Sad thing is that was the school I went to.

"I feel like school these days may try to teach you the programming skills required to make a game, but they seem to be lacking the soul that an indie game has."

A beautiful statement and I wholeheartedly agree.

And I can definitely understand waiting for the kinks to get worked out in schools too @Disturbing13. I guess it's just a matter of: How long must we wait until that point? Who knows, it could be the next generation of educators that really set it right. It could even be... you! ;)

I like the idea of having a game design degree for the fact of saying I have a degree in the field I love. I know it can be done without one but it make me feel like I have become closer to my dream. School is also a great place to meet people for teams and such as stated above. But the thing thats helping the most is this site because now I have alot more diversity of people in game design so thank you guys for letting on here. :)

I work retail and I have to manage and act as custodian at my apartment building to barely afford to live in my single.

I think having a degree would've greatly increased my chances at doing what I want to do for a living, and I envy those who have one. On the other hand, if I allow not having a degree to weigh me down, I won't succeed and I can NOT have that.

Degree or no degree, I think it all comes down to your drive, energy, and willingness to not only learn but to also put in the work. For example: My game, Ninja Kitty the Ninja Cat, hasn't progressed in months. I have only myself to blame. I allow myself to say, "I'm tired. I'll just play Ni No Kuni" or "I'll do it later". If I wasn't such a procrastinator, degree or no degree, my game would have seen a lot more progress than it actually has. 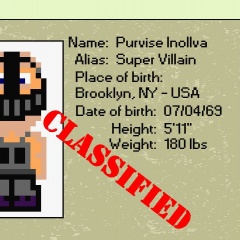 One thing stuck with me while I attended school to get a degree in game development. An instructor in game design made sure to hammer into our brains that no matter what, we'd need to work and focus on finishing a game. His words still echo in my ears ...

"When you leave here to make games for a company or own your own, make sure to be proud of your own accomplishments no matter how small. Ultimately however, it is what you finish and release that counts the most. So what have you finished lately? What concepts are half abandoned and how does that make you feel?"

He was also adamant about finding ways to avoid "burn-out" which is awful and I know we've all felt the creative paigns of developing games. Another advice of his is to not to be SO self-critical that it paralyses your own abilities to create.

In the end, the degree was worth it since I was exposed to a wide range of subjects I wouldn't have known existed. Google was indeed my best friend when it came time to research stuff and I was amazed to see how much stuff was already online. In hindsight I guess I could have skipped school altogether and learned as much as I could from the internet but I wouldn't have meet so many able programmers, artists, musicians and writers had I not attended. Hindsight is a bitch!

Ok well I am three years into my game design degree and I am starting to feel like it didnt really teach me anything that I didnt learn on my own. I mean it helped me think more like a designer and gave me some really cool books to read and people to look at. But all and all they didntteach me to help me down the path as a game designer I want to go down with my own company and such. I dont want to fill this way about it but I do for some reason. Jimmy how did you feel after words? This goes to other degree holders on here as well. 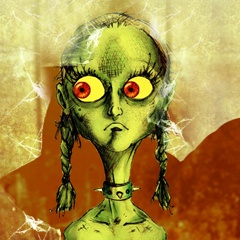 From my experience, I say look forward to A SHIT LOAD of student loan debt, and a lot of realizing that you're really teaching yourself everything. Its all out there for free now days.