Hey guys, I need some advice on a promotion strategy... 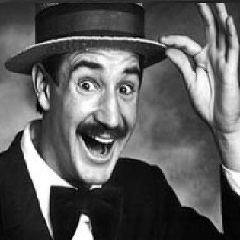 Hey everyone, this is going to probably be a long post but I want to keep it as short as I can...I'm new here as I wanted to get a little feedback on my promotion strategy for my game. Firstly, I'll post a little bit about myself and what my project is like...

So I'm 29 years old as of early October. I've been designing and creating small games as well as creating animations and comics since I was 13. I write and create narratives. In my early 20s I wrote the first draft of a series of screenplays for ...let's say like a film trilogy. This trilogy I've been working on "bringing to the world" so to speak (or at least bringing to an audience).

Now I'm using games as they are the most accessible medium, they allow me to express these narratives in a form that doesn't cost as much as film or animation. Also, it allows for less collaboration in the early to mid stages of development. The more I collaborate with others too early into the development process, the less control I would have over the story that I've written.

So, with that out of the way, I will say that in the past I've created series of animations, and in my teen years a few fairly crappy rpg maker games. I've felt I've improved greatly, always honing my craft every day since then, although marketing has ALWAYS been the toughest most challenging part of any part of the process.

After watching Tim Ruswicks videos, and after many many years of failed attempts as promotion, I have become reinspired for the first time in so long. I've got a bunch of pointers I've taken from his videos on how I could have done everything I tried differently. Mainly that consistency is key, daily videos on youtube, a post a day on facebook and twitter and sharing on reddit every single day for over 120 days at least.

The most inspiring video that I've ever seen about promotion was the solid proof that you can really pick up a following with real consistency (and of course very good quality content that is sincerely of interest or help to others is required as well).

So about my game. It's a game that's to a degree designed for the mainstream. I may get some eye rolls in saying it, but it's a J-RPG inspired by Final Fantasy among other j-rpgs from the early and late 90s, and anime series I used to watch.

So far, in an attempt to create a toolset to tell my stories and bring them to the world, I've spent a year in full-time work while I have been going full-time back to school a part-time job (I don't have much of a life at the moment) re-creating RPG Maker's interpreter system in Unity. The toolset for creating this game has been fairly finished now, includes it's own simple scripting language for events that occur, and includes the basics of what's needed for an rpg game such as the text box engine, save/load of data, etc...

My checklist has been on schedule for the past year, I have a lot of experience in game design, drawing, sound design and composition and programming in C# using Unity. I have the final things to do on a singular list (and of course these lists keep on changing) that I'm sure I can complete, having my first finished polished product, my game anywhere from June-August.

So, the point is, after listening to many different indie studios and everything, and having the experience with about 30 marketing ventures which have always failed due to what I believe is lack of consistency and lack of skill with marketing online (as well as previously not having a product I am confident in to promote), I am here now creating my promotion strategy for my game.

With all of that said, I am not without my successes from my failures. My realizations of what I could do to get my work out to the world.

The technique that has mainly alloted me a lot of viewers so far has been simple, and that is to hit some kind of news right when it first comes out. The MOMENT that news hits, you post about it on Youtube.

The previous strategy I've used in the past to promote my work has been, using my piano/digital audio workstation skills that I've practiced, to hit new anime series right when they come out in Japan with cover songs.

I have proof here of this working to bring in traffic, but there are problems with it. In any case, here are some links:

This song brought in 47,000 views in it's lifetime

This week I've been hitting some of those cover songs for the new anime that have been released this week. Doing this here's a recent one that's brought in 1800 views in a week:

Sounds great for promoting a j-rpg, right? There are potential players right there.

The problem is, it's not so simple. Firstly, as anyone who's studied marketing and tried particular techniques understands, it's not merely about numbers on the surface. This type of traffic has been bringing over these young viewers that I'm sure WOULD play a good game if it was promoted to them, and like I've stated before I have a product I'm very confident in...but they are coming to listen to a song.

Being fast at creating any kind of piano cover thanks to rigorous training in keyboard when I was younger (I wanted to be the best composer that had ever lived when I was a teenager), I wonder if I could simply create and take requests for simple cover songs in order to promote my own work...

This is the first potential technique that I could see myself using. My problem again with music is that people come to listen to the song.

Regardless, these kids ARE my players, but how would I tell them "hey, I know you like anime and japanese video games, check out this game that happens to be my own". The only answer I can find is that the game itself would have to be insanely good graphically speaking.

Anyway, that is just an example of one of the techniques that I would like to employ...but it feels like more of a supplement, even if it does pull in a lot of traffic.

These are the techniques that I would like to use, or am considering using:

1) Personable, helpful videos about my own experiences and thoughts on game development, like Tim does...although the problem becomes that I want to promote to my players, not to game developers.

2) Kingdom Hearts videos. Me and my brother would like to create comedy dubs of the series. The idea would be to start with Kingdom Hearts content completely, as Kingdom Hearts 3 is seriously hyped and will only be more so as more trailers come out (they say it may come out summer 2018, the same time my game would come out). After the comedy videos, I can put Kingdom Hearts characters right into my game system and make comedy skits. Then, I can slowly transition to creating comedy skits of my own content.

In this way I would be putting my own game side by side to Kingdom Hearts 3 within my own channel, and then eventually drop off Kingdom Hearts 3 completely in favor of my own original content only. I think it's a great idea, although the main problem would be the time consuming nature of the ordeal. With my system that I've created for Unity, it uses 2.5D characters, so I can literally just throw in rpg maker kingdom hearts characters in there to create comedy shorts and short games. It wouldn't be TOO time consuming...maybe out of the 1200 hours or so I think finishing my product will take, about 50 hours could be dedicated to this...

3) The idea previously that I've had. Just music cover videos, but find a way to create a community around my work on cover songs. Maybe take requests, it takes me about 30 minutes to an hour to create each cover song that I do as I create a video that's 1:30 long, add in a bridge in the middle and loop it, then create an outro.

People have really seemed to enjoy my cover songs from tv shows, games, movies etc... They usually get a good spike of traffic at first from reddit, fall off...then they get listed on Youtube search and suggested videos and start to climb rapidly later on, possibly months down the line.

Hitting movie trailers when they first come out, video games and anime in the past I've been able to pull in 500-1000 views very quickly. It usually tops off after a little while, but piano versions are low competition in many cases.

When I got really ridiculous about it between these two seasons I hit all kinds of j-pop songs that were coming out and got about 1,000,000 hits in 4-5 months, which sounds amazing and great and all, but the problem is again the quality of the traffic. I KNOW these kids are hungry to see some entertainment, the tricky part is going to be asking them. (or maybe I should be...."showing" them instead of asking?)

I had a growing "fanbase" I guess if you would call it that, people who using my cover songs in fan drawing videos, and I had 100-200 likes on facebook at that point, but as I've done every single time, I stopped going (my lack of consistency and been my fall for 10 long years)

The problem I had with that is that not many people at all if any communicated with me. They would leave a post but then leave. The quality of the traffic might have been very low.

The idea with each one of these methods is that I would create a core audience that I would be able to give a free alpha test (that would become a free demo preview of the game later on when the full version is released). I feel that it's important to give your fanbase free content.

I know I've got the product, here, I really know I've got something good, but after studying so many cases of people releasing content and getting no viewers, I know I need to take the wisdom that I need to start now in promotion.

I'm looking for any advice, what people think about the whole ordeal...