VR - The next big thing? Or another fad?

So I wanted to get your opinions on VR. It was HUGE at GDC, and looks like its big again at e3. Everyone is gearing up for their own version of the headsets.

Do you guys think VR is the next big thing in gaming? Or is it just another fad?

Are any of you working on any VR games?

I'll stick with fad until it's more mainstream. Right now its such a niche market, and as much as devs want to think otherwise, its 90% devs who have vr headsets.

I think im with you there.

I tried a few of them at GDC, they're cool...I just dont think they're mainstream yet. I mean look at 3D TV's..they were given all the same hype and e3 treatment, and then POOF! One day everyone forgot they existed.

I think the tech has a lot more potential than 3D TVs, I just dont know if its the right time for a dev to jump in yet.

I think they're at the point where VR devices could finally become mainstream - though honestly I think that the market is getting oversaturated with hardware, which could cause it to disappear in the next couple of years. If we have a decisive VR winner before that happens, I think it will quickly become a gaming standard. 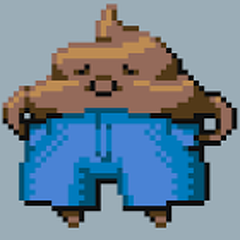 The VR push feels very similar to the 3D TV push. However I do think it will be successful but will take some time and some killer apps to demonstrate what can be done. Like most new hardware, it's success if directly tied to the content it has. 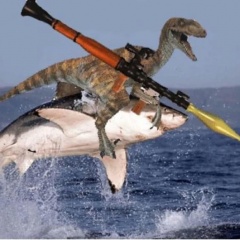 I was working for a short time with a VR game company that was trying to be ready with a game when PSVR was released. The dizzy effect could be dealt with by shoving 75 frames per second to the goggles which meant over 100 at the hardware. To get that on the PS4 developers computer they had required a very low poly count per scene making it difficult to get any kind of quality out of more than one character on screen at a time let alone moving grass, background scenery, etc.

In my opinion, in order to keep this not being a fad, new engine codes need written to better handle poly count or better hardware (PS5?) which I'm sure is a long way off. Otherwise it's going to be very hard to make a game like Farcry or Fallout look good and not cause dizzyness.

I personally can only handle about 5 minutes of VR before I feel like throwing up. And it lasts for days for me like I have the flu. So no matter what I'm out of it for that reason alone. And I'm not alone in that. I have both dev kits of the Oculus and most people over 18 I let play it had similar effects. For some reason younger kids are able to run longer in it.

The hardware will get there eventually I think. Thats what project scorpio and the new playstation are gearing up for.

The dizzyness though is a huge issue that really needs to be dealt with. I've seen developers getting around it recently by "Teleporting" your character short distances. For some reason that seems to help.

IDK guys. Half of me says start building the next great indie game to be one of the first on VR. The other half of me wants to make the game independent of specialty hardware.